We scoured our inboxes and the internet to come up with some of the most ridiculous, entertaining and . . . let’s just say “creative” lawsuits from this year. If you’ve ever wondered by some TV commercials spend half their time airing legal warnings, these are the kind of cases that make us all a little more risk-averse. Ultimately, these cases show that sometimes, even when you do everything right, you may still end up in litigation.

Hold the Cheese, Please: Two Florida customers filed a lawsuit against McDonald’s complaining that they had been charged the full price of a Quarter Pounder with Cheese, even though they requested no cheese on the burger. The lawsuit asked for $5 million – and that’s a lot of cheddar! The court dismissed the case with prejudice, noting that the plaintiffs’ claim was “absurd and fails.”

Age is Just a Number: A 69-year old man petitioned a Dutch court to let him legally change his age to 49. The man claimed his birth certificate does not reflect his emotional state, and his real age makes him less desirable on dating apps. Right . . . I’m sure that it’s his age that’s making him less desirable. . .

Not-So-Fast Food: A Tennessee man filed a lawsuit against the Popeye’s fast-food chain, alleging “false advertising” and “deceptive business practices.” The reason? Popeye’s was sold out of its popular chicken sandwiches at all locations, allegedly causing severe harm and emotional distress to the plaintiff. Hopefully, the poor deprived soul involved in this litigation will be heartened to hear that Popeye’s intends to bring the sandwich back for good.

Spread a Little Thin: A proposed class action was filed in New York alleging that a company’s vegan butter, which is made with plant products, does not meet the FDA standard of identity for butter. The case was voluntarily dismissed with prejudice and the company has stated it has no plans to relabel is product. Some lawyers just need to stop churning up litigation.

Life Sentence? An Iowa prisoner filed serving a life sentence for murder filed an action to be released from prison. The reason? He died. The inmate was resuscitated at a hospital after heart failure. The prisoner claimed in the petition that because he momentarily died at the hospital, he fulfilled his life sentence and should be freed immediately. The court denied his request, noting that the prisoner “is either still alive, in which case he must remain in prison, or he is actually dead, in which case this appeal is moot.” For lawyers, that’s about as funny as it gets. And yes, that is a sad testament to our sense of humor.

Ice Cream, You Scream: A federal class-action lawsuit was filed against Wegmans Food Markets, alleging that its ice cream contains flavors derived from non-vanilla sources, which is misleading to customers. This is part of a series of vanilla-related lawsuits against dairy ice cream brands and distributors. Now that’s a pretty vanilla claim! (Yep, that’s an obvious one, but we went there anyway.)

Frivolous or not, it is important to properly respond to all claims, demands, and lawsuits. The failure to do so can have serious adverse consequences for you and your business. If you need help avoiding litigation, attorneys who can help defend you, or even a bad dad joke (which are the best kind), contact David, Daniel, or a member of the Saalfeld Griggs Litigation Practice Group to discuss your options and strategies for success.

David Briggs is a partner in the Litigation and Employment practice groups and the Agri-Business, Dental and Health industry groups. Daniel Reynolds is an attorney in the Litigation practice group and the Construction industry group. The information in this article is not intended to provide legal advice. For professional consultation, please contact David Briggs at dbriggs@sglaw.com or Daniel Reynolds at dreynolds@sglaw.com at Saalfeld Griggs PC.  503.399.1070. © 2019 Saalfeld Griggs PC 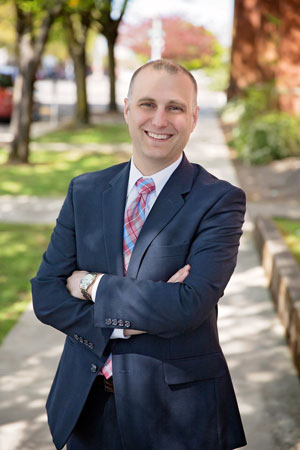